While watching the beginning of Lady Gaga's Super Bowl Halftime Show, I found myself saying "If she jumps, I will scream!" Sure enough, she jumped! I watched as she leaped and flew through the sky with ease and grace. I watched as Gaga changed her wardrobe and her makeup seamlessly and with ease. Then I watched as she had her "drop the mic" moment and took one last jump.


I'm not a huge Gaga fan. But I was thoroughly impressed and entertained by her performance. Like many of us, my daughter and I sat waiting for Beyonce to appear. Then I reminded myself that she just dropped their baby announcement so that really wasn't a possibility. As, I sat watching her take jump, after jump, after jump, it suddenly hit me. Each jump was a leap of faith. 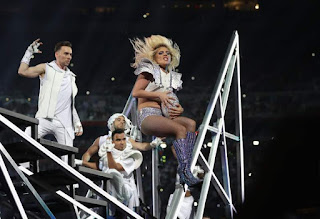 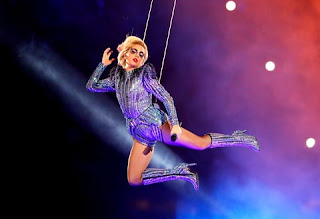 We were watching as Gaga was living out her dreams fearlessly, both literally and figuratively.

How many times did Gaga have to "leap" in her career to get to where she is today? You see, you don't get to Gaga's level of success without stepping out on faith. There were probably times where she had to "leap".


I'm sure she wasn't always so fearless. I can recall seeing a video interview years ago where she discussed her unhappiness in the industry. She discussed her depression and wanting to quit the music industry. She also discussed a shift occurring in her life that ultimately lead to her finding her true voice. She learned the power of her own voice and the power of the word "NO". The shift that occurred in her life was the catalyst that catapulted her into a level of stardom many only dream of.

What happened? She began living for herself. She allowed her faith in her vision to be greater than her fears. Each move she made allowed her to become stronger. Each fearless act, from meat dress to crazy video concept, was rooted in strengthening her faith and vision. Creating the fearless leaping Gaga we saw in Superbowl.

So, I ask you, what shifts need to take place in your life today? Are you stepping out on faith? Are you ready to that leap?

Want to see the video of Lady Gaga I was referring to? It's about an hour long. But definitely worth the time.

Email ThisBlogThis!Share to TwitterShare to FacebookShare to Pinterest
Labels: Life and Style, Music